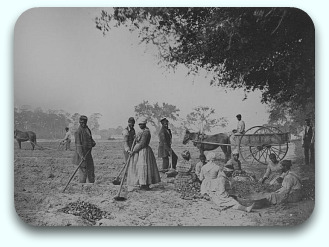 Many of today's old home remedies owe a lot to African slaves; slaves were displaced people with no wealth and no rights.

Health matters were often a source of contention between slaves and their owners. Slave owners demanded to be told when a slave had sickness.

The reason for this is that the owners wanted to ensure they could exercise their own control over a slave's body.

In a some instances the slave owner would provide the same level of health care as he did for his family and himself.

Some owners would treat slaves themselves or have the overseer or plantation mistress treat slaves using various old home remedies.

[Top]
Most of the slaves distrusted white doctors and rightly so. Slaves were often experimented on, for instance 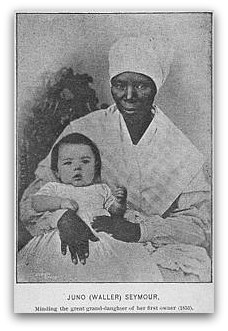 Aspects of the slave's medical knowledge came from Native Americans and white people.

Americans Indians and Africans often shared their experiences of slavery.

They shared remedies, myths and legends, lived together in the communal quarters, worked together and produced combined recipes for food, they also intermarried.

African Americans and whites lived together on plantations, their children played together and Black female slaves would often look after the white children.

[Top]
Here are some of the old home remedies used by black slaves. In volume XIV of South Carolina narratives, catnip, garlic, tansy and burdock is used by a slave for an unspecified illness. The quote is shown below

"Missus Martha sho' did look after de slaves good when they was sick. Us had medicine made from herbs, leaves and roots; some of them was cat-nip, garlic root, tansy, and roots of burdock. De roots of burdock soaked in whiskey was mighty good medicine. We dipped asafetida in turpentine and hung it 'round our necks to keep off disease."

Have your say about what you just read! Leave me a comment in the box below.
Copyright© 2008-2015. Natural-healing-for-all.com Click this footer for private policy and disclaimer.